Gentle-hearted and disarmingly sweet, the debut feature from Lina Roessler utilises a sterling odd-couple pairing in Michael Caine and Aubrey Plaza to create a moving tale of unexpected connection.

Michael Caine is a bona fide elder statesman at this point, a symbol of charismatic leading men of a bygone era that are extremely hard to replace. It’s hard to imagine an actor as stubbornly attuned to playing ‘himself’ (have you ever seen a Caine performance where he didn’t ultimately come off as Michael Caine?) in as intensely watchable a way as Caine in our modern cinemascape. Caine’s cinema output has a long history of playing ‘toff basterds’, from Get Carter to Harry Brown, and tellingly in Lina Roessler’s Best Sellers, he’s lost some of the bite but little of the bark. The film banks on an interesting ‘what if’ – what if a beloved author in the vein of Hemingway or Joyce seemingly returned from the dead with one last do or die manuscript? As author Harris Shaw, Caine seems to draw on the larger-than-life masculine personalities of twentieth century greats and places them in the body of an octogenarian. Here he chomps stogies, tosses telephones out the window, drinks entire bottles of Jack in a night – I didn’t know he still had it in him.

He makes a winning odd couple with Aubrey Plaza, a wonderfully dry comedic actress who has yet to have her true breakout.

Here, she plays Lucy Stanbridge, a publisher who has inherited her company from her father, the original publisher of Shaw, whose Atomic Autumn was a Ulysses of its time. With her publishing house in dire straits, she uncovers the reclusive Shaw, dragging one last manuscript out of him and roping him into a disastrous book tour. Along the way, the two lonely souls bond, in a manner that is both easy to foretell and nevertheless enjoyable to witness.

It’s a film that hardly reinvents the wheel, but comes to life in the interplay between the actors, who commit to their roles with gusto. It’s an undemanding film, an unapologetically cosy watch perfect for cold winter months. It’s less effective in its satirising of the modern book selling scene – attempts at pop cultural relevancy largely fall flat. Fortunately, as the film wears on, this element loses steam, with a sweet, sentimental aftertaste in its final moments. Roessler’s direction is strong, drawing out surprisingly impressive imagery that elevates the material and heightens the film’s sensitive subject matter. It’s a promising, if low-key, debut that ultimately serves as a moving swan-song for a cinematic icon. 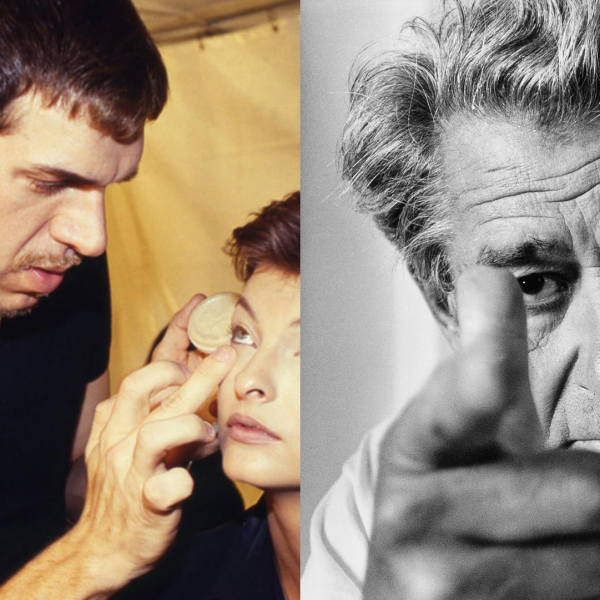 Larger than Life: The Kevyn Aucoin Story (Bartok, 2017) and Helmut Newton: The Bad and the Beautiful (von Boehm, 2020)